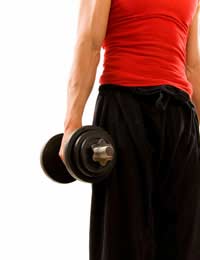 What Do Anabolic Steroids Do?

Testosterone is a hormone found naturally in the human body. It is more prevalent in men than in women and contributes to all the male characteristics. It can be used legitimately in medicine but many sports performers are attracted on supplementing their system by taking artificial forms of the hormone. This can have an effect on their output and stature, but can also be detrimental to health.

How Are They Used?

This form of drug can be taken in tablet form, as a liquid that is swallowed or can be injected. To inject steroids can be more dangerous due to the added risk of needle-stick injuries, increased risk of infection and improper disposal of the equipment.

Along with increasing male characteristics, there are many side-effects some potentially very serious surrounding the use of these substances. They can be dangerous to health if taken inappropriately, long term and in large doses. They have been found to raise blood pressure and levels of the types of cholesterol that are bad for health and actually lower the level of good forms of cholesterol. Other serious side-effects, also linked with the cholesterol factors include an increase in the chances of cardiovascular and coronary heart diseases.Less serious side-effects can include more chance of developing acne due to increased secretions of the sebaceous glands, hair loss, loss of sexual drive and function and in some cases infertility.They are commonly known to have a detrimental effect on the size of testicles and can produce breast growth in men, a condition called gynaecomastia.

Why Are They Banned In Sports?

As anabolic steroids are a naturally occurring hormone based chemical it would be difficult to ban them for general use. Many doctors may prescribe them for use after injury or for certain illness and health issues. They are however a class C drug which means they can be used for personal use but cannot be purchased with intent to supply to others.Within sport they are banned from all activities, including those who might be using them for genuine health reasons as they can cause the person to have an advantage over other competitors which is unfair and a bad example to fans. They can contribute to increased muscle mass, an ability to train harder for longer and aid in the recovery of strain and injury.Failure to abide to the rules can result in a suspension from the sport.As these substances can be purchased in a variety of forms hosting many different brand names, the governing bodies of each sport have a lengthy list of which products are banned.

Anabolic steroids are hormones that are found naturally in the body, but are now being abused by many people for their energy and strength building properties. They offer unfair advantage among competitors and carry serious health risks when used inappropriately, hence why they are banned in sport.

Vitamin C: What it Can and Cannot Do