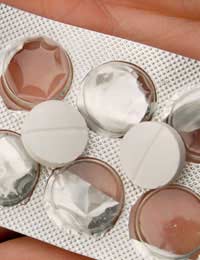 Ephedra is a naturally occurring substance found in plant form that has been used for its medicinal benefits for many years. Due to the effects of this product it is increasingly being used as an aid to performance and for slimming in modern society.

What Is Ephedra Used For?

Ephedra is commonly used in many medicines and preparations and has formed a fundamental part of Chinese medicine for thousands of years.It is frequently found in cough and cold preparations and can help relieve the symptoms of bronchitis, bronchial asthma, sinusitis, hay fever and some allergies.When it is taken as directed and prescribed it can have a very beneficial effect on health.

What Are The Effects Of Ephedra?

The main constituents of the ephedra plant are ephedrine and pseudo-ephedrine. These chemicals can stimulate, react and inhibit many of the chemicals in the brain and nervous system that can increase or decrease several functions of nerve transmissions which can result in some positive health benefits such as stimulation, improvement of reactions, opening the airways, increase heart rate and the strength of the heart muscle as it contracts. This in turn increases the blood flow around the body leading to increased oxygenation of the tissues.

How Can It Enhance Performance?

Due to the mode of opening the airways and altering the strength of cardiac contractions, oxygen can transfer between the lungs and tissues increasing the red blood cells containing oxygen and perfusing the tissues well. This is thought to aid performance and improve muscle function. It also contributes to increasing speed and reaction timers therefore can be attractive to those who participate in sports that require quick reaction responses and fast movements.Many athletes use it for these performance enhancing qualities, whilst slimmer shave found that it can suppress appetite and keep them motivated and those studying or who have very busy and chaotic lifestyles use it as an aid of coping with their workload. Students often favour it when revising for exams as it can alleviate tiredness and increase the workload that can be completed.

Side-Effects And Dangers Of Using Ephedra

The use of ephedra carries many minor side-effects that users feel are trivial consequences that are far outweighed by the benefits. These side-effects include a fine tremor, restlessness, loss of appetite, headaches, dry mouth and palpitations. There are however some very serious side-effects that can affect anyone, particularly those who use the substance frequently or in large volumes. These side-effects can include strokes, convulsions, mental health problems and even death.

The use of ephedra is legal for medicinal purposes and can be extremely useful in treating many medical conditions, but should only be taken as prescribed or directed. As it is available in many over-the –counter preparations it is difficult to monitor the level of abuse in society. These types of stimulants are however banned in British sport and athletes are reminded that many of the available as supplements and cough and cold preparation may contain some level of ephedra in the ingredients.Each country has their own rules regarding the use of drugs and chgemicals and set out their own punishments and banning as appropriate.Ephedra is a potentially dangerous substance when used or abused in an incorrect fashion. Although it can be beneficial to health, this is only when indicated and not for long term or permanent use.The dangers can be fatal and extreme caution should be exercised when using the products.

Vitamin C: What it Can and Cannot Do