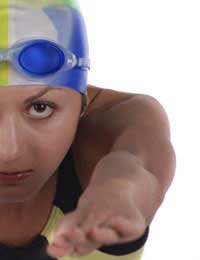 There are many reasons why people may choose to use a banned substance, but they should remember that they are banned for a reason; namely, because they are dangerous, they are illegal or because they provide the person with an unfair advantage over their opponents or colleagues.

There are many banned substances in sports, not all of them are necessarily bad for you, as some are found in everyday products, but they are thought to give the athlete or sports person additional strength speed or other advantage over other competitors.

Laws Within The Workplace

These laws exist because the most used substance to enhance performance are illegal and can be dangerous to the person or those around them. Many jobs carry a lot of responsibility and operation of machinery which endangers the lives of the operator or those in the vicinity.

The Use Of Steroids

Steroids are notorious linked to sports people, body builders and athlete in particular.These substances are known for their benefits of building muscle mass quickly and aiding the recovery from training or injury.They are strictly banned as they can give athlete’s unnatural ability putting them at a distinct advantage over other competitors.

The Use Of Other Banned Substances

Although substances such as testosterone among others, can be found naturally in the body, they can also be taken supplementary which can influence the athletes natural ability.Any substances that are registered as banned from that particular sport can carry a two year ban and sometimes even stricter punishments if the substance is illegal such as cocaine or amphetamine use.Non-illegal substances that are banned in sport include pain relieving compounds that can be found in many over the counter or regularly used medications, some asthma treatments, diuretics and some medications used to treat heart conditions.Athletes should also be aware that many banned substances can be found in cough and cold remedies that may contain ingredients such as ephedrine that can act as a stimulant.

The Use Of Illegal Substances

Many sports people, and those in normal life are using illegal substances such as cocaine, amphetamines and strong pain killers that are only available with a prescription.Not only is this against the law, but it is keeping drug dealers in business, dangerous and an extremely bad example to fans, who may be children.The consequences of using these substances can not only include a ban, but can ruin the person’s life in the public eye, necessitate a jail sentence, or in the worst case scenario, end in death from over dose or because of a reaction.

Those Around The Athlete

The laws and rules not only affect the athlete or sports person, but can be extended to those around them.Not only will their reputation be ruined if they are found to be encouraging or even facilitating someone cheating, action may be taken against them also. Doctors, coaches and managers may all be discredited if they are found guilty of these ventures.

Laws and regulations are enforced in sport in order to make sure fairness is applied through out and that everyone has the same advantages and opportunities.To achieve success some degree of natural ability is required. Along with a desire to want to be the best, strict adherence to diet and training regimes and an awareness of what may jeopardise their performance.In the work place, laws exist to safeguard the individual, their colleagues and the public.